RUMBO EXPLORA have carefully selected the best private transport options, with guided visits to La Paz city & Moon valley, all year around. RUMBO EXPLORA offer you the possibility to make your transport reservation, due that not all transport companies have an automatic booking system. We will confirm your reservation within 24 hours.

DESCRIPTION OF ITINERARY:
DAY 01: CITY TOUR LA PAZ + MOON VALLEY: Morning a guide and driver will pick you up from the hotel and then you will visit the mentioned places. The city of La Paz was founded on October 20, 1548 by Captain Alonso de Mendoza in the town of Laja, which was a resting place for travelers crossing between Potosi (Bolivia) and Peru Cuzco) located at 3,650 meters. Now a day La Paz is seat of government and the Legislative and Executive powers, but the capital according to the State Constitution is Sucre. The census of 2010 reported in the metropolitan area 2,030,422 inhabitants and El Alto 184,942 inhabitants, which constitutes the second largest metropolitan area in Bolivia. The name of the city was named by the Spanish conquerors, calling Our Lady of La Paz, becoming the third city after Chuquisaca (1538) and Potosi (1545). Likewise the neighborhoods as Sopocachi and San Pedro are considered the oldest of La Paz, the northern side is industrial area and south residential zone. CITY TOUR: The Plaza Murillo (main square) surrounded by various colonial churches, including the Church and Convent of San Francisco (built between XVI and XVIII century) which is the most representative example of architectural style called Mestizo Baroque in Bolivia, likewise the Plaza Murillo is a place of location of the buildings of the executive and legislative of Bolivia. Catedral Metropolitana: The Cathedral of La Paz is a basilica minor located in the Plaza Murillo. The first cathedral of La Paz was completed in 1692, and then in 1831 it was decided to demolish it, due to the collapse of his clergy and several cracks, in 1835 starts the reconstruction. The present cathedral dates back to 1925, opened as part of the centenary of the founding of the republic of Bolivia. The atrium of the minor basilica of San Francisco, is considered one of the main social gathering places of the city, as with the Heroes’ Square (with which borders) is the most important social expression area, where usually meet members and affiliates of institutions such as the Bolivian Workers Central (COB). The Plaza Lucio Pérez Velasco, almost adjacent to the Plaza de los Heroes, commonly called “The Perez”, is a point that articulates vehicular traffic of the city, besides being a bridge between different areas which communicates through its streets and avenues. Avenida 16 de Julio – El Prado, with numerous well-preserved gardens, which goes through the town center and is the focal point of communications, entertainment, commercial and business center of La Paz, being surrounded by office buildings. Parque Laykakota, (now called Urban Central Park), which is a hill that rises from the canyon and from its summit you can see much of the city. Also visit The réplica del templete semi subterráneo de Tiahuanaco, El mirador de Quilli Quilli, El museo de 0ro o Costumbrista, Mercado de las brujas or Witches Market, where local people buy products which is used for ritual ceremonies as Ch’alla (blessing) and offerings to the Pachamama (Mother Earth). MOON VALLEY: Located about 10 kilometers away from the city of La Paz, which is a section where erosion has consumed the top of a mountain. The soil is clay instead of rock, over the centuries; the elements have created a work of art, which is like a desert of stalagmites, similar to another area in La Paz, known as the Animas Valley. The interesting thing is that this clay contains certain minerals and it seems that they are not the same because its percentage varies from one another mountain, so the landscape of the area is red like moonscape.

WHAT IS INCLUDED: Private transportation, english-spanish speaking guide, entrance fees, guided visit La Paz city + Moon Valley. Besides pre-trip information + organization and all local sales taxes. There are no hidden extras in our prices.
NOT INCLUDED: Additional charge for pick-up and drop-off for hotels located in the south area of La Paz city. Lunch, extras, tips and others not mentioned in the program. 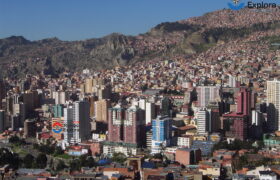 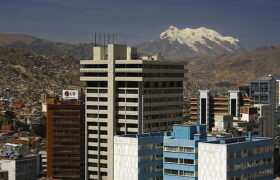 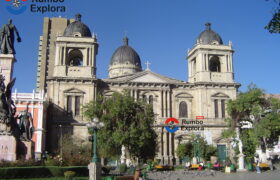 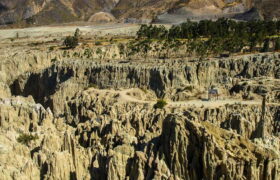 You can see that in Rumbo Explora we have developed for you tailor-made itineraries with the best price as competitive as possible, providing an excellent service and paying our guides 10% above the legal wage agreed with the tour guides in Peru. Our staff are some of the best paid in Cusco & Machupicchu, Puno & Lake Titicaca, Arequipa & Colca canyon, Lima and Nazca & Paracas, which allows us to attract only the Best Tour Guides, Motor Boats and Land Transportation with national permit, to none other local company, that can only provide a cheaper price by providing a far inferior service and saving on staff costs, ¿How? Hiring tour guides in training without experience and not paying them, besides avoiding taxes to government.
Big Travel companies from Europe, North America, Australia and others work with the Peruvian Tour Operators located in Lima-Peru, who work as middlemen receiving from them good prices from the Tours & Packages, and paying to us 40 to 50% minor the normal price, besides 2 to 3 months delayed, being this the reason that Rumbo Explora have decided to offer tours & packages directly to travelers.

If you travel to Bolivia, visa is not necessary for U.S Citizens and most other nationalities. If you hold a passport from another country, we will send all information necessary otherwise check with your local consulate or embassy about requirements for travel to Bolivia. All passengers traveling internationally are required to have a passport. Please carry proper identification on you and do not leave in your suitcase or hotel room. In most of places like airports, train-bus stations, frontier or at any other check points you must to show passport, because some countries have laws that require you to carry your passport with you at all times and anywhere. If you are in any doubt please contact the nearest Bolivian Embassy. 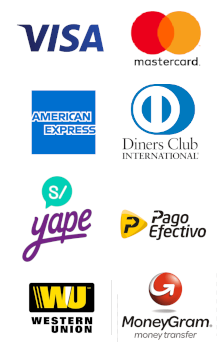 View this page in: